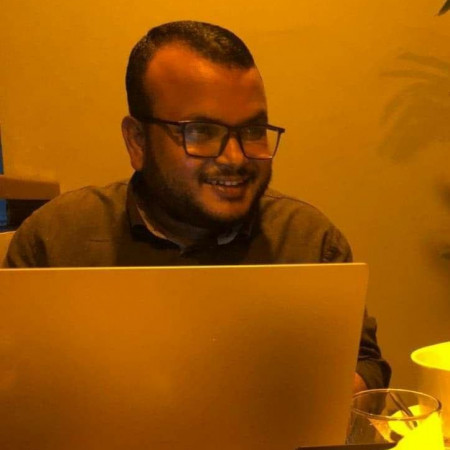 Shifzan Ahmed
Reducing Internet prices had been a vow made on the campaign trail that had garnered much attention. Unlike many other campaign promises that had gone unfulfilled; such as the promise to provide air ambulance services to the entire country within the first one-hundred days of the presidency; the promise of cheap and easy access to the Internet had not gone unnoticed.
Even the former President Yameen Abdul Gayyoom had promised for cheaper Internet prices during his bid for re-election. He proposed that a fiber cable be purchased by the State and be leased for use by foreign countries and local Internet Service Providers. He had said that the use of such a cable would result in significantly reduced prices.
The MDP, too, had echoed such a promise on the campaign trail in 2018. Solih had promised reduced Internet prices but had neglected to highlight how such a reduction would be achieved. The government had also announced several dates for reduced Internet.

This task was assigned to the Ministry of Communication, Science and Technology, with Mohamed Maleeh Jamal, Jumhooree Party member, at its helm. On December 8, 2018, his announcement that he had initiated work on reducing Internet prices was plastered on local headlines.
A month later, Jamal claimed that an inquiry into how to reduce Internet prices was underway.
The following year, on May 17, 2019 Jamal claimed that Internet prices would be reduced on a basis that was beneficial for both the consumer and the service provider. He also promised to declare access to the Internet as an essential right.
On May 19 2019, Jamal opined that new Internet Service Providers may be allowed to operate in the Maldives. Also, in the same month, the newspaper headlines declared that two months had passed since discussions on the matter had ended. On August 25 of that year, Jamal claimed that “good news” was not too far off. On October 2019, the government declared that 2021 would be the year of reduced Internet prices.
Even in 2020, many variant dates and timelines had been announced and forgotten. The President’s Office had most recently said that prices would be reduced in 2022, instead of 2021.
With all of these shifting promises, the government has failed to publicly mention their actual plans for implementing a reduction of Internet prices. There are several factors at work that can influence the outcome.
Several experts have mentioned that the government’s inability to influence prices is the outcome of its lack of meaningful power over Dhiraagu’s policies.
The government had relinquished power over the formerly state-owned company when former President Mohamed Nasheed sold 7% of the government’s shares to Cable and Wireless Communications (CWC) in 2009, giving them a controlling stake in the company. CWC later sold its stake to Bahrain-based Batelco.
Batelco controls Dhiraagu with a 52% stake, with the government owning approximately 41%.

Many MDP activists and politicians have blamed these shifting dates and the lack of clear policies on Jamal. The narrative being pushed was that Jamal was responsible for outlining and devising a strategy, but has failed to do so. This culminated in an attempt to take a vote of no confidence against him in Majlis, with MDP parliamentarians at the helm.

A former Minister speaking to The Maldives Journal, on the condition of anonymity, claimed that ministers only implemented the instructions and the policies outlined by the President. “Even if you had a clever, technically-capable Minister in charge, what is he to do if there’s no policy to act upon?” he asked.
As with many of his campaign trail promises, many believe that President Ibrahim Mohamed Solih does not have a clear, well-researched strategy or policy to deal with the promised Internet price reductions. A telecommunications expert speaking to The Maldives Journal claimed that the government does not fully understand the factors that influence internet prices. He said that the duopoly of Dhiraagu and Ooredoo over telecommunications was a huge obstacle that had to be overcome.
He also said that introducing new Internet Service Providers to the market is not a solution. Particularly, he said, because the existing infrastructure was also another factor for high prices. The investment that would go towards renewing this infrastructure would be “significant”, but would be instrumental in bringing down all telecommunications costs in the country.
He said that it was clear that the government did not have a clear policy towards achieving low Internet prices. Had there been one, it would not only have been publicly announced, but steps would have been taken to implement it. He mentioned that swapping out the Minister would not change the government’s lack of solid planning.
Internet Price
Related

Govt Has an Understanding with ISPs Not to Issue New Telecom Licenses: CAM

Reducing Internet Prices is the Responsibility of the President’s Office: MP Usham

Govt has No Intention of Reducing Internet Prices: MP Shiyam